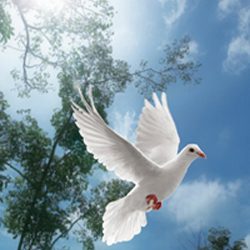 Bill is survived by his son, William Powers Brougham II, his daughter-in-law Melody Brougham, and his granddaughter Madelyn Ann Brougham; sister Jane Ann (Jan) Brougham Brooks and brother Robert Powers Brougham, cousins, nieces, nephews, very close friend Sheila Blakeman, along with many other friends. He is preceded in death by both of his parents, sister Beth Ann Brougham, and daughter Brandy Ayn Brougham.

He enjoyed playing the trumpet from a young age and developed a love of all things mechanized. This fascination and talent became a lifelong love of vintage automobiles. He received his Bachelor’s degree from Southern Illinois University, where he was a proud member of the fraternity TKE and also earned his Master’s from University of Indiana.

Bill then moved to Colorado and worked with Colorado Game Fish and Parks until he made the transition to commercial real estate in downtown Denver. In the late 1980s he moved to Montrose to be closer to his parents and continued his career in real estate. He went on to find a career in politics and city planning, where he loved serving the Montrose community. He became Mayor in 2004 and served on local committees and organizations, including the Montrose Chamber Redcoats for over 20 years. During his time with the Redcoats, Bill loved meeting new businesses through business afterhours and many ribbon cutting ceremonies. Bill was well-known and well-liked around town, and he most recently returned as a member of the Montrose Planning Commission, where he had previously served for 11 years.

Bill was a devoted son, a dedicated father and proud new grandfather, and a responsible and conscientious civil servant to the town of Montrose. He will be greatly missed.

A funeral service will be Aug. 26 at Crippin Funeral Home, 802 E. Main Street at 1 p.m. All are welcome to attend and celebrate Bill’s life.

In lieu of flowers memorial contributions may be made to Hope West Hospice 725 S. Fourth Street, Montrose, Colo., 81401.