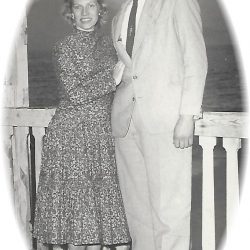 Tommy F. Archibeque, age 82, passed away on March 14, 2017 at Valley Manor Care Center. Tommy was born on February 20, 1935 in Dolores, Colorado to Alex and Bessie Archibeque. Tommy grew up in Dolores and graduated from Dolores High School before attending Ft. Lewis College in Durango, Colorado. On May 10, 1957 Tommy married Ilse Richter in Naples, Italy. They were married 58 years before Ilse’s passing in 2016.

As with my mother we kind of knew that we might not have them for much longer, but when they passed, all that comes to mind is the good memories and all the wonderful things that they have taught us.  The Christmas’ that he dressed up as Santa Claus. Your first bb gun that he bought you, and taught you how to use.  The thoughts of fishing on the river and hunting in the forest, with him. All the sayings that he taught us “Don’t go looking for trouble, but never run from it.”  “Treat people the way you want to be treated.” ; these are just a few. He was always there for support whether it be sports, work, or just life.

He had an incredible life with my mother, meeting in Europe while in the Navy, their life could have really been made into a movie. He helped raise two children while working as a union electrician.  He was the president, executive board member, and worked as a steward for local 969 out of Grand Junction, Colorado for almost 20 years. He then took me under his wing again and showed me the ropes on how to conduct myself as a traveler (traveling electrician) in different parts of the country. He retired after a 46 year career.

I’ve said this before that I had TV and movie stars as heroes when I was younger, but as I got older I realized that he was really my only hero.