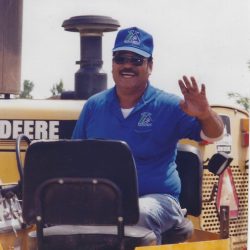 Terry LaPena, age 76, passed away on Monday October 22, 2018 while doing what he loved most this time of year, elk hunting with his son, Rick.  Terry was born in Salinas, CA on September 16, 1942 to Satero and Genevieve LaPena.  Terry has been a Montrose resident for over fifty years.  He worked for the City of Montrose for 23 years.  Prior to that he worked 17 years as a hard rock miner at the Idarado mine in Ouray.

He is survived by his two children, Rick LaPena (Tanya Hawk) of Montrose, and Gail LaPena of Grand Junction.  His beautiful granddaughters; Shalynn, Cyra, Makayla, Hannah, and Markie. Brothers Ted and Kenny, and sister Claudina.  He is preceded in death by his parents, Satero and Genevieve, his wife, Rebecca, two brothers, Ray and Lester, and his sister, Linda.

Terry loved to ride his Harley Davidson trike, enjoyed fishing, spending time with his grandchildren, visiting with his many friends, and he especially looked forward to this time of year and his annual hunting trip with his son.  Terry was a very kind and generous man, always ready and willing to lend a hand.  He was a magnet for stray cats, and he loved each, and every one of them.  He was the Dad of all dad’s, the best of the best.  He will be greatly missed by all.