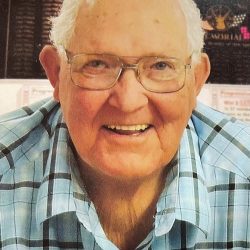 On March 16, 2021, we lost a beloved and devoted husband, brother, father, grandfather and friend. He passed away peacefully at Montrose Memorial Hospital at age 85.

Stanley George Mousner was born February 1, 1936, in Wapanucka, OK. He attended Wapanucka High School and after graduating, he enlisted in the United States Army and served as a teletype operator.  After his Military Service and Honorable discharge, he attended Murray State Junior College in Tishomingo, OK and that is where met the love of his life Florence “Jo” Martin. Stan went on to attend South Eastern State College in Durant, OK and earned his BA in Industrial Art.  Shortly after graduating, he and Jo married in 1959 and moved to Olathe, Colorado to establish their roots after accepting a teaching position “site unseen“ at a little country school, Frost Elementary, where he taught grades 1st-4th. From there, he continued on his teaching journey at Olathe Elementary and eventually ended up at Olathe High School where he taught Industrial Arts and Drafting as well as coaching the girls basketball team at Olathe High. After 30 years of teaching, he retired from Olathe High in 1991.

Over those 30 some years of teaching, he genuinely touched, impacted, and influenced so many young people’s lives and will be forever missed and not forgotten for his contributions.

Stan was a member of the Montrose Elk’s Lodge #1053.  He spent his free time shooting archery, fishing, hunting and camping.  Year after year he and Jo were “camp hosts” up at the Spring Creek trailhead in the Uncompahgre National Forest.  There were many hunting stories and good meals shared around the campfire, and Stan cherished those moments with family and friends.

A private family memorial will be held at a later date. Go rest high on that mountain.