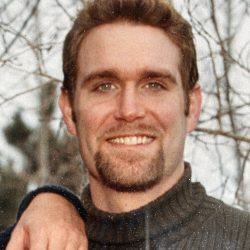 Scott was a very loving and sensitive man with an infectious laugh that you would never forget.

Our hearts are empty with the loss of our Brother and Son. Scott Warren Miles passed away March 6th at Montrose Memorial Hospital. Scott has been a resident of Montrose off and on since 1983. He graduated from Montrose High and attended Evangel Christian University in Springfield, MO. Scott was a very loving and sensitive man with an infectious laugh that you would never forget. He was a habitual note taker (like his father) often listing favorite movies, songs, etc. He loved to quiz his family and friends with trivia or sharing and old song that he loved.

His hobbies were music, golf, skiing, and photography but his true passion was spending time with his son Michael.

Scott was preceded in death by his father Charles Miles of Houston, Tx and survived by his mother Ann Stryker of Montrose, CO, his son Michael Scott Miles of Durango, CO and his brother and sister-in-law Michael and Tamara Miles of Lafayette, LA. Scott will truly be missed.

A private service will be held in Jennings, Louisiana.