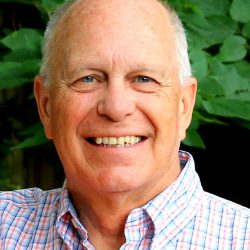 Bob has requested that memorials be sent to the Montrose Animal Shelter, 3383 No. Townsend Ave., Montrose, CO 81401.

On the morning of Friday, January 15, 2021, at San Juan Living Center, in Montrose, Colorado, with his wife at his side, Bob slipped his earthly bonds, as Jesus opened wide the gates of Heaven and escorted him to Glory.

Robert Allen Williams was born October 14, 1944, in Hastings, Nebraska, to Clarence Alton and Doris Eleanor (Moyer) Williams, the second of four children. Bob grew up in Waverly, Nebraska, where he graduated from Waverly High School in 1962. In 1964, he received as Associate Degree in Electronics from (then) Nebraska Vocational Technical School. In 1966, he enlisted in the Nebraska Air National Guard, and was honorably discharged in 1972.

On June 17, 1965, he married his high school sweetheart, Marilyn Elaine Whyman, at First United Methodist Church in Waverly. They celebrated 55 years of marriage last June. Together they had two children, a daughter, Emily Ann, in 1967, and a son, Ross Andrew, in 1969. The family made their home in Lincoln, Nebraska, where Bob was employed as a metering technician for Lincoln Electric System. In Lincoln, they were members of First Baptist Church, where Bob first accepted Jesus as his Savior, in 1974. The family enjoyed their many trips to Colorado for summer vacations and winter skiing,. In April, 1979, they achieved their dream of moving to Colorado when Bob was hired as a substation technician for (then) Colorado Ute Electric Association, in Montrose. He retired from Tri-State Generation and Transmission in 2008.

Bob and Marilyn enjoyed nothing more than hooking up the travel trailer and heading into the mountains for camping, 4-wheeling, hiking and biking. These were Bob’s happiest memories. After he retired they traveled a little farther afield and spent several winters in Arizona, New Mexico and Texas, until Bob’s declining health kept them home. He was eventually diagnosed with Parkinson’s Disease and vascular dementia. Marilyn took care of him at home until September 2018, when he became a resident of San Juan Living Center. They had dinner together every evening until Covid-19 brought it to an abrupt halt. Even then, in the warm months of 2020, they had dinner together, Bob dining inside the patio window and Marilyn dining outside the window.

Bob was preceded in death by his two grandson, Robbie Williams and Will Patterson, as well as his parents and parents-in-law, Collins and Marion Whyman.

He is survived by his wife, his beloved dog, Lucky; his son, daughter-in-law and granddaughter, Ross, Christie and Minta Williams, of Colorado Springs; his daughter, Emily Basham, of Lincoln, Nebraska; his granddaughter Erin Williams Smith (whom he helped raise) and her husband Zachary Smith, of Delta; his brother and sister-in-law, Steve and Jeri Williams, of Mountain Home, Arkansas; his sisters and brothers-in-law, Shirley and Don Ensminger, of Massilon, Ohio; Pam and Dave Johnson, of Mountain Home, Arkansas; his in-laws, Russ Whyman, of Westcliffe; Roger and Roxy Whyman, of Parker; Georgia and Bill Niemeyer, of Waverly, Nebraska; and Lori Lamb, also of Waverly. He is also survived by 12 nieces and nephews and numerous cousins.

At Bob’s request, there will be no services. Cremation has taken place, and this coming summer, his family will gather to scatter his ashes at Lake San Cristobal, near Lake City. Also, Bob has requested that memorials be sent to the Montrose Animal Shelter, 3383 No. Townsend Ave., Montrose, CO 81401. The family would like to thank the staff of San Juan Living Center for the loving care they gave him at the end of his life. Crippin Funeral Home is assisting the family with arrangements. 970-249-2121.