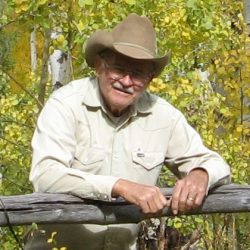 He enjoyed sharing stories of his adventures with his family.

Robert James Duncan was born to his mother Helen Marshall and father Robert William Duncan on July 16, 1932.  Robert’s mother gave birth to him in Manhatten, KS near her family and at 3 weeks old they returned to their hometown of Olathe, CO.

Bob attended school and grew up in Montrose, CO.  After graduating from high school, he spent four years in the U.S. Navy.  During those years he served aboard a troop ship the U.S.S. General J.D.  Breckenridge, was stationed at Port Hueneme, CA, and spent over two years on tug boats in Yokosuka, Japan.

Bob’s parents were divorced when he was very young, and he was raised by his Uncle Harland and Aunt Opal.

Bob was married to his first wife Lois Jean Pierce on June 22, 1955.  Bob and Jean made their home in Montrose and of this union they had three children, Michael, Cindy, and Kindra. Bob worked for Perry Flanigan as a mechanic and then for Cummings gas and Equipment.  He went to work for Western Colorado Power Company in 1956 in Ouray, CO.  He worked as a power plant operator, on the line crew, as a truck driver, and equipment operator in the sales and marketing department.  He continued to work for the company when DMEA bought them out.  While working for DMEA he and Jean opened Montrose’s first pet shop, The Tiki Shop.

Bob resigned after working for the two power companies for 22 ½ years.  He then started a lawn care business which he operated for four years.  He helped Jimmy Flowers build the Western Slope Livestock Sale Barn and worked with him off and on for many years, which was one of his favorite jobs.  Bob drove truck off and on even after he went to work for the City of Montrose in 1987.

In 1986 Bob married Sherry Carson.  They were happily married for 35 years.  During that time, he purchased some land near Buckhorn for firewood.  One day he stood in the meadow and said, “This would be a great place for a cabin.”  His son and grandsons also built a cabin in the area.  Both cabins were built using cut and peel aspen logs.  The cabins are enjoyed by all, and it is one of the greatest family legacies left behind.

Some of his greatest joys in life were ranching, farming, and working rodeos.  He was the rodeo chairman while being a member of the Jaycee’s and Montrose County Sheriff’s Posse.  He was also a rodeo clown/bull fighter and rough stock rider for the Labor Day Rodeos in Ridgway.

He enjoyed traveling coast to coast and border to border with his beloved wife Sherry in their RV.  His hobbies included leather crafting, woodworking, horseback riding, fishing, building hot rods, and restoring old cars.  He loved hunting with all his friends for over 40 years.

Bob was well known for his story telling abilities which included many tales about his navy career, dodging snow slides in Ophir Canyon, his power company line crew experiences, along with many unplanned rodeos during cattle drives.  He enjoyed sharing stories of his adventures with his family.  His most recent adventure included skydiving with his grandson Dusty on his 88th birthday.

His ultimate joy was spending time with family.

Bob is preceded in death by his parents and grandson, Ryan Swim.

Services will be held on Monday July 26, 2021 at 10:00am at Circle 3 Cowboy Church located at 62885 Lasalle Rd Montrose, CO with Fellowship immediately following.