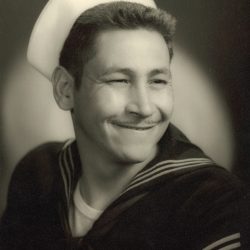 Services will be held on Dec. 4th at 2 pm, at Grand View Cemetery.

Died early morning of 11-29-2021 in the presence of his step-daughter Brandi and Hope West Hospice, he was 85 years old.

Robert (Bob) was born to Henry Romero and Mary Madaline (O’Donald) Romero on Feb. 2, 1936, in Montrose, Co.  He graduated from Montrose High School, where he excelled in sports, he lettered in Football, Baseball, and Track.

He then married Connie (Terrazas) Romero in 1958, they had one daughter Donna Lee Romero, they divorced in 1961.

They lived in Douglas, Wy, where he drove a mail truck and worked in the oil rigs, they later returned to Montrose, where he worked at the lumber mill in Olathe, CO.  Then in 1990 he went to work for the Montrose School District, retired from there and then went on to work for Russel Stover as a security guard for 10 years and retired permanently.

Robert was preceded in death by his wife Donna on 4-12-2019, they had been married for 51 years, his father Henry & Mom Mary Romero, a brother Don, brother Lee, brother Henry, and sister Norma.

He enjoyed fishing, especially fly fishing, hunting, camping, but most of all he enjoyed spending quality time with his grand-children and great-grand-children.

His step-daughter Carrie has been his care taker the last 2 ½ years.  A special Thank You to Hope West Hospice.

Services will be held on Dec. 4th at 2 pm, at Grand View Cemetery.  Crippin Funeral Home is assisting with details.