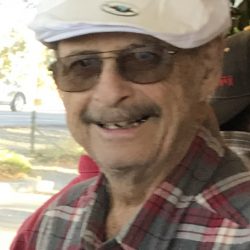 Robert Brahler age 79 of Montrose, Colorado passed away peacefully in his sleep, in his home surrounded by loving family members at 5:25 AM on October 19, 2020. Robert Brahler was born on October 13, 1941, at Strong Memorial Hospital in Rochester, NY. After graduating from Penfield Central High School he spent 4 years at the State University of New York at Brockport. He taught junior high school mathematics for 4 years. During his years in New York, he married his high school girlfriend, had a son and a daughter and was divorced. In 1967 he moved to California where he continued to teach math at Vista Del Rio Junior High School and then Orange High School. In 1992 he met Peggy and was married in 1993. After teaching math for 34 years he retired from teaching and he and Peggy moved to Montrose, Colorado in 1998.

Bob enjoyed the outdoors, traveling, and crossed the US several times with his two children. He enjoyed classic cars and an active member of the Early Birds Club of Southern California for over 15 years. He and his wife Peggy have been active members of the Black Canyon Classics Car Club for 23 years. Bob enjoyed going to Bingo with his wife.

He is survived by his wife Peggy Brahler of Montrose; his son, Mike Brahler of Rawlins Wyoming; daughter, Karen Scott of Victor, Idaho; stepdaughter Heather Hernandez of Anaheim, California; 7 grandchildren, and 4 great-grandchildren. Bob is preceded in death by his parents Dean Brahler, Helen Brahler, and sister Nancy Becker.

Arrangements are under the care and direction of Crippin Funeral Home & Crematory Montrose, Colorado.