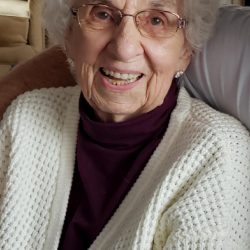 She was an amazing Mother and Grandmother and will be missed by all.

Rita Charlene Rottinghaus, 91, of Olathe, Colorado, passed away on March 8, 2021, in Montrose Memorial Hospital after a sudden illness.

Rita was born on February 3, 1930, in Montrose, Colorado, to Hazel (Cornwell) and Edward Kerrigan. Her father was a newspaperman who moved his family to various towns in the southwest, but they returned to Montrose where Rita graduated from Montrose High School with the class of 1948.

Rita was a homemaker who was very active in the Catholic church. She was a long-time member of the Altar and Rosary Society of the Our Lady of Fatima Catholic Church in Olathe, Colorado. She was a Catechism instructor and was always willing to volunteer with church activities. Rita had many interests including her flower gardens, sewing and quilting and making delicious baked goods. She loved reading, the Denver Broncos, and trips to the casino. She also tried not to miss any episodes of the game show “Jeopardy!” She was an amazing Mother and Grandmother and will be missed by all.

In lieu of flowers, the family asks for charitable donations to St. Jude’s Children’s Hospital or Hope West Hospice.