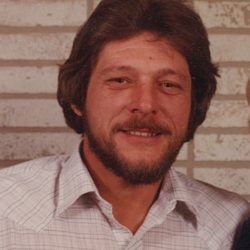 He was a generous, compassionate & loving father, grandfather, brother, uncle, and friend.

Richard Friend was born on May 29, 1946 in Camden, New Jersey to Catherine and Paul Friend.  He attended Camden Catholic Schools until he enlisted in The United States Marine Corp in 1963.  He was awarded two Good Conduct Medals and The National Defense Medal while serving.  He received an Honorable Discharge in 1967.

Richard returned to New Jersey where he entered the workplace as a carpet layer apprentice, becoming a professional carpet layer until 1979. He moved from New Jersey to Colorado Springs to work as a horse rancher.  Then in 1981 he moved with friends to Montrose.

In September, 1981 he met the love of his life, Pamela De Vries, who he married in 1982 in Olathe.  He went to work with the family on the DeVries Buffalo Ranch and Farm.  He had an immense love of the buffalo and the produce growing business.

He was preceded in death by his parents, daughter April Mason, brother Paul Friend, and numerous nieces and nephews.