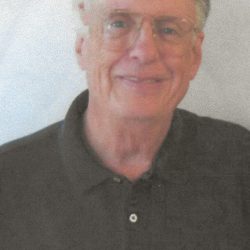 Richard Dean “Dick” Turner, 82, passed away at his home on Friday, September 10th, surrounded by his family.

The owner of Turner Automotive for 47 years, Dick, as he was known to his many friends, was born on July 17, 1939 in Missoula, Montana to Charles W. and Virginia Jane Turner.  He was raised in Bozeman and graduated from Great Falls High School, then attended the University of Idaho with a Naval Scholarship.

Dick married his wife Rebecca Ross on August 18, 1960.  He began work as a rep for Continental Oil Co. after college.  He started his career for the Chevrolet Motor Division of General Motors in 1965 beginning in Wichita, KS with moves to Colby, KS, Rapid City, South Dakota and then to Denver.  In 1974, Dick and Cliff Davis from Gillette, Wyoming, purchased the Chevrolet dealership in Montrose, Colorado.  A new building was constructed in February of 1975 where Turner Automotive is presently located at 2262 East Main Street.

In a quote from Mr. Turner in the Montrose Daily Press at the November 1975 Grand Opening, “I moved here to raise my family in this country.  I like this part of Colorado, and Montrose specifically. It is my wife’s and my intentions to live here the rest of our lives.” Dick’s philosophy of the business was very simple:  Provide a quality service for the customer in the area and build long-lasting repeat business based on service to the customer.  Dick supported many Montrose organizations and schools with financial contributions and loaned vehicles.  He also extended a hand to many individuals through the years, not seeking recognition for his generosity.  During his automotive career he was a member of the National Automotive Dealership Association, he also belonged to the Rotary Club of Montrose and the Elks Lodge.

Dick loved his family and friends, telling fun stories to make them laugh.  He enjoyed watching football, flying his plane, making many impromptu trips around the country, the music of the Big Band era, reading, and especially good food in the local restaurants and at home.