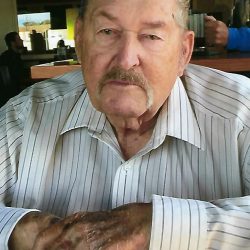 A memorial service will be held Saturday, June 13 at 11 a.m. at Rosemont Baptist Church, 1598 Niagara, in Montrose.  Inurnment will take place prior to that date at Grand Junction Memorial Gardens.

Reuben Carroll Gaulke, known by all as “Doc,” went peacefully to be with Jesus on May 15 at 4:15 a.m. with Modene, his wife of 30 plus years holding his hand.

Doc was born on August 10, 1928 in Rhinelander, Wisconsin, to Reuben Casper and Marion (Carroll) Gaulke.  He was an only child.

He proudly served in the Pacific Theatre in the Navy during World War 2 and was a lifetime member of the Veterans of Foreign Wars Post 784 in Montrose.

Doc is predeceased by both parents and by a daughter, Alfreda Gaulke, and a son, Russ Gaulke.

He grew up in the mining town of Neihart, Montana, where his grandfather Carroll owned a general store.  He dearly loved to tell stories of his childhood growing up there.  He said his grandmother made pies by the dozens.  When she brought a fresh pie out of the oven and set it on the windowsill to cool, some miner would walk by and give her 25 cents for it.  He worked in the mines for a while, but he said it didn’t take long for him to decide that working underground and pushing 500 pound mining cars was not for him.

His mother worked in the store and kept the household going while his father was serving in the Army in Germany.

Doc enlisted in the Navy very early in life, even before his father returned home.  Upon completion of his military service, he worked for the US Forest Service for a while, fighting fires.  He began a temporary assignment with the Bureau of Reclamation where his father worked, but it turned out to be a 37 year career.  He was instrumental in building roads, transmission lines and power plants in the Western United States during his career.

When he retired early, he was working on the Ridgway Dam project and living in Montrose.  He met his wife, Modene Jackson, when she was travelling back and forth to Denver to lobby for Colorado-Ute Electric.  He was working in security at the airport during that time.

After a whirlwind courtship, they married August 26, 1986, at First Baptist Church in Montrose.  Modene’s daughter, Cheryl Lobato, had left the home and married the year prior.  Doc adopted her as his own in October, 1997.  They were a very close family with many friends and acquaintances.

Doc also was a volunteer Sheriff’s Posse member and the State Vice Chair for the Board of Community Corrections.  He was instrumental in developing a manual of standards as to how community correction facilities should be operated.

A memorial service will be held Saturday, June 13 at 11 a.m. at Rosemont Baptist Church, 1598 Niagara, in Montrose.  Inurnment will take place prior to that date at Grand Junction Memorial Gardens.

In lieu of flowers, the family suggests donations be made to Hope West Hospice in Montrose.  They were very compassionate and helpful to both Doc and Modene during his last days. 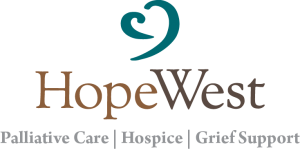