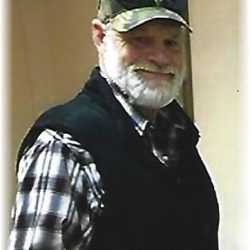 A service is planned for Friday, June 15th, the day before his 63rd birthday at 2:00 PM at Grace Community Church, 16731 Woodgate Road, in Montrose. A potluck to follow.

Randy Lynn Trounce, 62, of Montrose, passed away suddenly at Montrose Memorial Hospital, on Thursday, June 7th, 2018. Randy was born in Denver, CO on June 16, 1955 to James and Donna Nadine (Lovejoy) Trounce. The family moved to Olathe when Randy was very young, where he attended school. He graduated from Olathe High School in 1973. While in high school, he not only excelled in academics, but also in sports. His coaches marveled at what a natural athlete he was. After completing a year of college, he relinquished his scholarship to become a logger. He always loved the outdoors and was a successful lumberjack for 30 years. During that time he won many championships at logging events, earning him the title “Bull of the Woods.”
He marred Vickie Labrum in June of 1977, while continuing to work in the logging field. Vickie became ill in 1996, so Randy left the woods to take a job with Montrose County Road and Bridge so he could be closer to home to help raise his two teenaged sons and young daughter.
Randy was an avid outdoorsman. He fished, hunted, rode four-wheelers, backpacked, you name it. He retired from Montrose County just four months before his unexpected and untimely death. He was having fun planning the rest of his days fishing, hunting, riding his new side-by-side, and more fishing. The only thing that he liked more than catching fish was to help other people catch fish, especially children!
He was a kind and helping soul with no enemies what-so-ever. He was honest to his core, and everyone admired and loved him. Even though he left us too soon, we can hear him say, “But I saw a lot of purty country”!
Surviving family members included his sons Jarod (Jessica) Trounce and Jason Trounce, both of Montrose, and his daughter Navy Lt. Brandi Trounce of Oceanside, Ca. Granddaughter Amanda Trounce (Shane Failing) of Olathe. Surviving siblings include sister Janet (Harvey) Gray and brother Wayne (Diana) Trounce of Olathe, brother Tim (Kris) Trounce of Circle Pines Trail, Minnesota, and younger sister Elizabeth (Bill) Lynch of Kenai, Alaska, along with MANY, MANY nieces and nephews.
He is also survived by his adoring partner and fishing buddy of 13 years, Shelley Kelly, along with her sons Carl (April) Kelly of Montrose and Tom Kelly of Grand Junction. Skyler, Brenden, Angela and Cailyn Kelly, along with Shade, Shadow, Zeryk and Xiaylah Sergo, all called him Papa Randy. He had so many “adopted” sons. It would be hard to name them all, and they were all ages!
A service is planned for Friday, June 15th, the day before his 63rd birthday at 2:00 PM at Grace Community Church, 16731 Woodgate Road, in Montrose. A potluck to follow.
Arrangements are being handled by family members and Crippin Funeral Home.