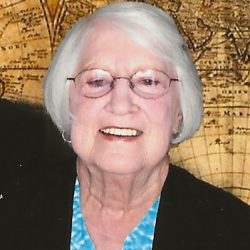 On the evening of Wednesday, August 19, 2020, Patricia Ann Skaryak Gillidette 78 (five days short of her 79th birthday) peacefully went home to be with her Lord after a prolonged battle with a variety of lung diseases and spinal issues.

Born in the steel town of Etna, Pennsylvania, Patti and her younger brother, Michael, were raised in the shadow of Pittsburgh’s funicular by her no-nonsense parents, George and Helen Skaryak.

Patti’s business and accounting acumen led her to a career for the Golden State’s legislature doing fiscal oversight of state government regulations. She also served the federal government on temporary assignments at Vandenberg and Edwards Air Force bases and a frigid winter auditing assignment on the DEW Line in Point Barrow, Alaska. Standing just five feet tall, Patti quickly established a reputation for professional honesty, accuracy and good old fashioned moxie. Patti’s most treasured job was as the Business Group Manager on the highly classified B2 bomber project before and during the time of its first flight.

In June 24, 1986, Patti married Dwight Alan Gillidette in a private ceremony in the chapel of the Ponderosa Ranch, the set for the Bonanza television series near Lake Tahoe—a rock solid marriage that would last 34 years. For many years, she and her husband Alan lived among the Sequoias in a mountain cottage in Camp Nelson, once a lumber camp, near Springfield, California—her favorite place of all.

Patti taught accounting at Colorado Northwestern Community College in Rangely while living in Meeker until the couple settled in Montrose, Colorado, in 1993. Patti also worked as the City Auditor for Grand Junction as well as doing bookkeeping for several Montrose companies.

In Montrose, Patti belonged to Altrusa, and was a devout Christian, diligently attending Bible studies and worship services. She was a charter member of the Daughters of the Holy Cross at Saint Stephen’s Anglican Church.

Patti is survived by her husband Alan, her two stepchildren, Dawn and John, five grandchildren and one great granddaughter.

Holy Communion services for Patti Gillidette will be observed beginning at 11:00 AM, September 3, 2020 at St. Stephen’s Anglican Church, 2504 Sunnyside Drive, Montrose. Funeral arrangements are being handled by Crippin Funeral Home.