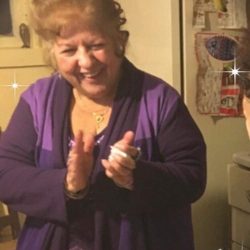 Services will be Monday May 13th at First Church of the Nazarene 705 S. 12th street Montrose CO 81401. Reception to follow.

Mary Louise Herrera passed away peacefully on May 8th, 2019 surrounded by her family.

Mary grew up in Delta CO where she met and married the love of her life Joe Herrera.

Mary dedicated her life to her family and her work. She retired after 43 years at Montrose Memorial Hospital.

Mary was a loving and devoted daughter, wife, mother, sister, grandma and friend. Some of her greatest joys are music, cooking, traveling, GIVING and spending time with the people she loves. She is preceded in death by her parents Juan and Maximiana Garcia, and brother Frank Garcia.

Crippin Funeral Home of Montrose is assisting the family.