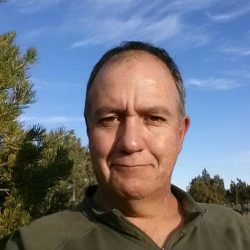 Manuel AKA Tony Velasquez took the hand of god March 26th, 2021 to join his parents Manuel and Julia Velasquez, family members- Eddie, and Tasha, and father n law Chester riley. He is survived by his wife Melissa Velasquez, Daughter’s Bailea and Harper Velasquez, and son Samuel Haining, and many other family and friends.

He was born on April 26 of 1968 to Manuel and Julia Velasquez in Grand Junction, Colorado and grew up in the small town of Nucla and Naturita where he graduated high school. He met a girl, Ms Tammy Webb who he fell in love with and was able to put up with his hard head stubborn butt. He then soon joined the Navy February 10th of 1987 to help serve our country and provide for his family,. He soon married Tammy on August 25, 1990 and then had a beautiful girl they named Bailea on November 11th of 1992 in Reno Nevada. He was stationed in San Diego California and spent 10 years in the service dedicated to his country before he got out on June 10 1997, and him and his family moved to Boise, Idaho to live together. In 2002 Tammy and Tony both decided that it was best to split ways and just remain friends, as Tony’s stubbornness isn’t the easiest to put up with at times. (Lol) He went on and moved to Oregon for a while and worked a few different jobs, one he really enjoyed was his time working on a ranch as he loved the people and the place where he worked and shared many stories of his time spent there. Unfortunately, he was called and asked to come back home to help care for his parents here in Colorado. He really enjoyed life and the simple things, especially hunting for arrowheads and spending time with family and friends. He tried his best to help anyone in need as he would give the shirt off his back to anyone. He was a very hard worker and was good at at allot of things, there wasn’t much he couldn’t do or wouldn’t try. He had a son Samuel Haining born on August 8th 2017 in Montrose, Colorado to Maggie Haining. He finally found someone just as hardheaded and stubborn as him, who enjoyed the same interests as him, they were even able to put up with each other and work side by side, they loved each other’s company. There biggest joke was who had the biggest or the most tools haha yes Tony may have had more but that was ok. He had this very dry sense of humor where if you didn’t know him you would probably think he was an ass, but really he was the opposite. He had a heart of gold. It was a special kind of bond they shared; on November 11, 2017 they as well gave birth to a beautiful baby girl they named Harper Velasquez. He truly loved all of his kids very much and was a proud daddy even at his age hahaha. After his father had passed, Tony’s health started to slip. He was diagnosed with CHF, it has been a rough battle trying to get it under control and many trips to the hospitals in hopes for a cure so he could continue watching his littles grow up. That’s all he wanted and as stubborn as he was he fought really hard to make that happen but unfortunately, God decided it was his time to go home and re- unite with both his parents, his uncle, father n law, best friend, and many others, Manuel & Julia, Eddie, Chester, and Albert. He will be truly missed here with us but will always be here in our hearts. Always and forever till the end of time.