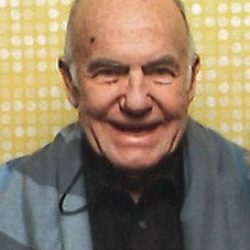 Military honors and Interment will take place on Wednesday, October 6, at 1 PM at the Veteran’s Memorial Cemetery in Grand Junction, CO.

In loving memory of

Jim, as he was fondly called by close friends, passed away on September 12, 2021, at Montrose Memorial in Hospital. He had been diagnosed six weeks before with heart failure, to which he succumbed.

Jim was a voracious and eclectic reader. He called himself an auto didact, he was self-taught.

A psychologist once told him he was a “nomadic intellectual “.

Jim was a veteran of both the Army and the Air Force, through those two institutions he saw so much of the world, including Europe and the near, middle and far east.

He lived in Montrose for the past three years at Cimarron Village Apartments. And had previously lived and worked in Olathe for several years. He then spent some time living on the road in his truck, during that experience he became extremely resourceful.

He never married and had no children. Lynn James was a true and beloved friend. He was kind and generous of spirit, always anticipating the needs of others I’m putting them before his own.

Jim was preceded in death by his parents:  Lynn and Clara Walters, and one brother, Frank Teel. He is survived by brother, Billy Teel and his niece, Becky Lyles.

Military honors and Interment will take place on Wednesday, October 6, at 1 PM at the Veteran’s Memorial Cemetery in Grand Junction, CO.