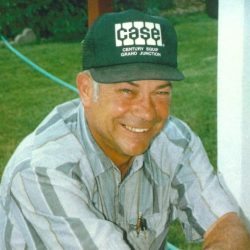 MONTROSE- Butch Gunn, the son of Harvey and Bertha Gunn was born July 14, 1943 in Grand Junction, CO. His battle to Mesothelioma was ended on October 29, 2020 at Montrose Memorial Hospital. Butch was a lifelong Colorado resident and admired for his many talents.

He spent his younger years growing up on a family ranch in Ridgway, CO. After graduating from Ridgway High School in 1962, he began working on the Fire Department and serving on the Ouray County Sherriff’s Department. Butch drove semis for a multitude of company’s which eventually led to him working for CDOT, Ouray County Road and Bridge and Abbot Ready Mix. Butch relocated to Montrose where he was the mechanic for Russel Stover as well as a truck driver for Grand Junction Pipe and Supply.

Butch was preceded in death by his parents Harvey & Bertha Gunn. He is survived by his loving family which included his brother Eldon Gunn, daughter Marla (Alfred) Berry of Montrose. Grandchildren include Glayden (Ariel) of Denver, Charity (Jason) of Montrose and light of his life great-granddaughter Emerly English, and girlfriend Wanda Smith.