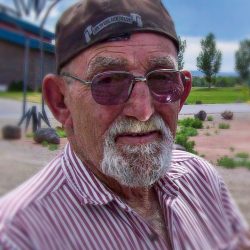 Larry E. Hatfield passed away at his home on August 10, 2019. He was 82. Larry was born on June 23, 1937 in Wilson, Kansas to James and Alta Lewis. He had three sisters and three brothers. He spent his childhood in Olathe, Colorado and Norwood, Colorado. Larry was a Korean War Veteran and served in the United States Army from 1960-1962. Larry married Karen Ethel Michels and they had a son, Larry James Hatfield. Karen passed away in 2006. Larry had also lived in Grand Junction, Colorado, Azusa, California, and Pea Green, Colorado. He married Mary Kristeen “Kris” Brinson on July 15, 2016. Larry was a motorcyclist, enjoyed reading, and loved to have his weekly luncheons with his biker gang. Larry is survived by his wife Kris of Olathe, Colorado, his son Larry of Broomfield, Colorado, his stepchildren, Adam Peloquin of Olathe, Colorado, Tony Peloquin of Boise, Idaho, Holly Peloquin of Montrose, Colorado, one brother, Pete Hatfield of Washington, two sisters, Nikki Colson of Norwood, Colorado, Dora Sloss of Christiansburg, Virginia, and two grandchildren. Larry is preceded in death by his sister, Peggy Cotter, and two brothers, Bob and Donnie Hatfield. A Memorial Picnic is scheduled for September 21, 2019 at 12:00pm at Ridgway Town Park. Crippin Funeral Home and Crematory is assisting the family. 970-249-2121