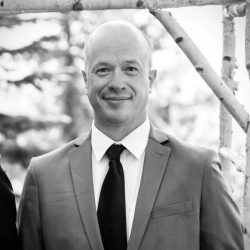 Kurt Allen Haugland went to be with the Lord on January 19, 2021. He was surrounded by his family and the incredible staff at Montrose Memorial Hospital.

Kurt was born December 16, 1980, the second of twins and youngest of four. He grew up in central Wisconsin and graduated high school in 1999. After high school, Kurt, along with rest of the Haugland family, moved to Colorado. During his time there, he helped his parents build their home and graduated from Colorado Mesa University with a degree in Biology. He later attended Midwestern University in Glendale, Arizona and obtained a Masters in Cardiovascular Science.

Kurt then worked for Scripps Memorial Hospital in La Jolla, CA as a perfusionist, where he played an intricate role in life saving heart surgeries. Kurt was actively involved with his church in California where he helped build a church in Costa Rica and spread the gospel along the Amazon River in Brazil.

Kurt had a great sense of humor and a razor sharp wit that always kept everyone entertained. He enjoyed watching the Green Bay Packers, going to the movies, being with family and playing with his bulldog Maggie.

Kurt is survived by his parents Monte and Linda Haugland, brother Jeff and wife Cara Haugland, sister Rachal and husband Matt Walsh and brother Kevin and wife Maris Haugland.  Kurt was also a much loved uncle to Samantha, Reghan, Paisley, Logan and Cody.  His family is planning on having a small ceremony later this spring.

Kurt’s life was an adventure that is poorly summarized in obituary.  He was very loved and will be truly missed.

Crippin Funeral Home and Crematory is assisting the family with arrangements. 970-249-2121