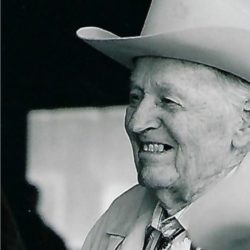 A Funeral Service in celebration of Kenneth’s life will be held on Friday, May 26, 2017 at 10:30 A.M. at Rosemont Baptist Church with Burial to follow at Grand View Cemetery, west of Montrose.

Kenneth Roy Lane
August 7, 1922 ~ May 20, 2017
Kenneth Roy Lane, age 94, of Montrose, CO died May 20, 2017 at St. Mary’s Hospital in Grand Junction. Kenneth was born august 7, 1922 to Troy and Juanita (Fewell) Lane in Clarendon, Texas. Kenneth spent his childhood in Kim and Delta, Colorado. He graduated from high school in Delta and went on to Colorado State University in Ft. Collins, Colorado with a degree in Agriculture.
Kenneth married Evelyn Sanburg on March 19, 1943 and she preceded him in death on September 30, 2014 in Montrose. He was a member of Rosemont Baptist Church, and served as a Deacon at the First Baptist Church in Montrose. Kenneth served his country in the United States Army, and was a Master of Riverside Grange Hall in Montrose for two years. He was a 4-H leader for 35 years, and was a lifetime member and a past president of the Montrose Cattlemen’s Association. Kenneth was also a lifetime member of the Woolgrowers Association. He loved working with livestock and was a true cowboy at heart. He enjoyed spending time with his family, the outdoors and riding horseback. Kenneth will be missed by his family and friends.
Surviving family members include his sons, Richard Lane of Olathe, Colorado, Daniel Lane of Montrose and Robert (Roxanne) Lane of Olathe; two daughters, Susan Clevenger of Olympia, Washington and Terrie Ann (Chuck) Young of Cedaredge, Colorado; 12 grandchildren and 22 great-grandchildren and 2 great-great-grandchildren. Kenneth was preceded in death by a daughter Kathy McCracken and his wife Evelyn.
A Funeral Service in celebration of Kenneth’s life will be held on Friday, May 26, 2017 at 10:30 A.M. at Rosemont Baptist Church with Burial to follow at Grand View Cemetery, west of Montrose. In Lieu of flowers, memorial contributions can be made to HopeWest Hospice, 725 S. 4th Street, Montrose, Co. 81401. Condolences may also be sent to the family at www.crippinfuneralhome.com, and signing the online guestbook for the family. Arrangements are under the care of Crippin Funeral Home & Crematory, in Montrose.