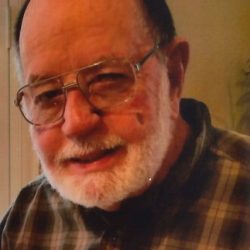 A kind man with a gentle soul.

Kelly D. Boling peacefully passed on March 25, at his home in Montrose, Colorado.

Kelly was a kind man with a gentle soul. He was loved by many people in his life and was always willing to lend a hand to others while asking nothing in return. Despite being abandoned by his own father at a very young age, he became an incredible father who gave his son all the things in life that he never had. He was an extraordinary man who will be sorely missed by all that knew him.