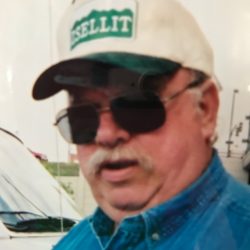 Jack (Julius Porter, Jr.) Helton passed away peacefully on Friday, February 2, 2018, at his home surrounded by his loving family. Jack had been battling the ravages of diabetes. Jack was born in San Diego, California on March 19, 1939, to Julius P. Helton, Sr. and Ida Virginia (Butler) Helton. After attending Hoover High School, he joined the U.S. Navy, where he served aboard the U.S.S. Whetstone. He was Honorably discharged in February 1960. He then went to work for Coca-Cola Bottling Company in San Diego. He married Connie (Overcash) Helton, and they had two children Kathy Helton Vergamini and Julius Porter Helton, III “Rocky”. The family moved to Colorado in 1975, where Jack and Connie operated Jack’s Cascade Liquor until 1986. He then became an industrial supply salesman, eventually starting Cascade Corner Sales, which he operated until the time of his death.