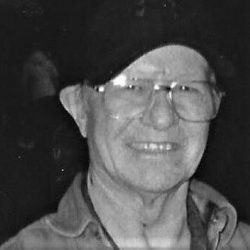 He added to our lives, seldom saying no to anyone needing a helping hand.

Joseph A. “Joe” Rogers, 71, died Jan. 9, 2021, at Montrose Memorial Hospital, from a cardiac event. Joe was born March 18, 1949, in Pueblo, Colorado, to Joseph Leo Valdez and Georgia A. Vetere Valdez. He was the oldest of five children. He was adopted by James L. Rogers and Georgia Rogers, El Paso County, Colorado, along with his two sisters and two brothers.

He grew up in Pueblo, Colorado, and rural areas east of Colorado Springs, Colorado. James Rogers had a dairy farm near Boone, Colorado, where the family worked. Joe learned automotive and diesel mechanical repairs from James. In Colorado Springs, he worked for Joy Manufacturing Co. in the Denver Equipment Division, as a journeyman welder for over 20 years. Joe worked for Madison Services, Colorado Springs for many years as a sandblaster/spray painter for water tanks and bridges located in Colorado, Kansas and New Mexico.

The Colona rural area in Ouray County, Colorado, was his home since 1997. In Novembber 2001 through 2007, Joe was self-employed as a mobile mechanic in the Colona, Ridgway, and surrounding areas in Colorado. A couple of automotive repair businesses in Montrose employed him for several years. He worked for Universal Coatings in the Denver area as a spray painter and traveled to jobs assigned for a year. He was employed part time by Exotics for a short time in Ridgway, Colorado, until the business moved. In 2014 Joe was employed by C&R Kustom Powder Koting in Delta, Colorado, until he was laid off in March 2020 due to COVID-19 business restrictions. During the winter, he snow-plowed private rural driveways and for contracted businesses in Ridgway. Joe was a hard worker, a skilled mechanic, a welder, and a spray painter.

There will be no formal service. Joe will be missed. He added to our lives, seldom saying no to anyone needing a helping hand. Family and friends have many wonderful memories of his kindness and work ethic. Joe was a humble and strong, gentle man of few words, who was friendly and helpful.