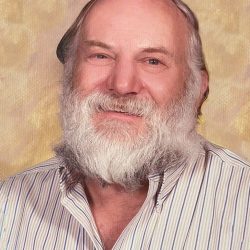 A funeral service and celebration of Mark’s life will be held at Montrose Christian Church 2351 Sunnyside, Montrose Colorado Wednesday September 22, At 1:00 p.m. A lunch will be provided at the church, at the conclusion of the service, where family and friends can come together to remember Mark.

John Mark Strole was born March 31, 1952 in Newton IL. to John and Lela Strole. Mark, which is what we called him by, grew up in Newton, IL. and graduated from Newton High School in 1970.

In 1971, while Mark was visiting Colorado, he met his future wife, Ginny Hosley. Mark and Ginny were married and returned to Newton, where Mark went to work with his brother- n- law at his carpet business. Mark and Ginny raised their two children, Jamie and Rogell in Newton until 1978, when they moved to Montrose Colorado and built their family home on Spring Creek Mesa. Mark and his family had a small farm, with his alfalfa field, cattle, sheep, chickens, potbellied pigs, dogs and cats.

In the 80’s Mark opened his own Carpet business, where he earned a stellar reputation for his quality workmanship. After eleven years, Mark closed the business to slow down on work. Mark continued to do occasional carpet jobs, but also started investing in rental properties. After 31 years of marriage Mark and Ginny divorced, Ginny moved to Florida and Mark remained in Colorado at the family home.

In 2003 Mark reunited with a lifelong friend Jane Schackmann Wehlitz, and spent the remainder of his life with her, as husband and wife.

Mark was an avid hunter and outdoorsman. Mark loved nothing more than spending time at hunting camp and later at the family cabin. During these hunting trips, Mark usually got his animal, (despite the occasional nap’s, on a rock or log.) Mark was very proud of his elk and bear mounts and displayed them proudly in his house.  Mark enjoyed four wheeling and snowmobiling, playing cards, and making his famous homemade ice cream. Most of all Mark loved spending time with his family and friends.

Mark was always a hardworking, honest, caring man, that was always there for anyone in need. Mark was not always a man of many words, but he earned the respect and love from all that knew him.

Mark became ill last month, and fought a courageous battle, but was not able to overcome it.

A funeral service and celebration of Mark’s life will be held at Montrose Christian Church 2351 Sunnyside, Montrose Colorado Wednesday September 22, At 1:00 p.m. A lunch will be provided at the church, at the conclusion of the service, where family and friends can come together to remember Mark.