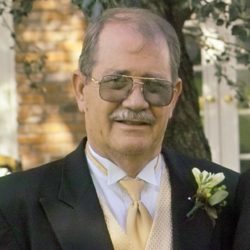 John was born on January 25, 1943 to Helen Colwell and Cephas E. Colwell in Waukegan, IL. After graduating from Nogales High School in 1959, he joined the U.S. Air Force in 1960 and was honorably discharged in 1963.

In 1985, John relocated from Phoenix, AZ to Norwood, CO. For nearly 30 years, he worked beside his late wife, Juanita Colwell (married in 1989), running their satellite & TV sales and service business, Entertainment West.

When he wasn’t working, John enjoyed playing beautiful music on the piano by ear. He was blessed with the gift of gab and enjoyed telling crazy life stories to anyone who crossed his path. An avid republican, you wouldn’t find a bigger Trump supporter in all of San Miguel County!

The last 18 years of John’s life were dedicated to helping others. He spent 20-30 hours a week assisting people with healing of various ailments including pain from arthritis and post operation relief. He also helped cats, dogs and horses. All he asked for in return was a thank you and remembrance in thought and prayer. The Norwood community and surrounding area will miss him greatly.

A memorial service will be held at 11:00 A.M. Saturday, May 22nd, at the San Miguel Basin Christian Fellowship (Redvale Church).