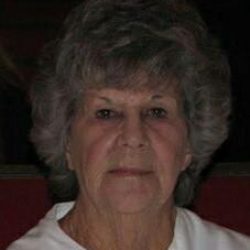 Do you remember that one time? So many laughter filled stories were shared over a cup of coffee, or just in passing by a wonderful, kindhearted woman. A woman whose name was Joanne Ergott.

Joanne was born September, 17,1938 to James Jeremiah and Margaret Elizabeth (Kline) Roan in the little town of Bellefonte, PA. She was the fifth child of six. Bill, Jerry (Chub), Mary (Dolly), and Shirley were her older siblings, and last was Philip (Phip).

She graduated High School in Bellefonte. And worked several jobs from Secretary at a  Limestone Mine to Waitressing at The Big Trout Inn where she met and married the love of her life, Harry Lloyd Ergott. Together they traveled the Southern and Midwest states as Harry worked as a Builder/Contractor. The two of them saw a lot of country, and in their travels started a family. The first child was a son, Harry Lloyd Junior. He was born in Amarillo, Texas. A few years later they celebrated the birth of a baby girl, Penelope Lynne. She was born in Kirkwood, Missouri. Work took them back home again to Bellefonte, Pennsylvania where they had their last child. Another little girl, Tina Louise. Joanne’s kids were the light of her life and she tailored helping Harry around raising her kids. Harry finally found what he’s been looking for out West, “God’s Country“. In May of 1972 the family made one final move, and this time they brought along Dolly. They put down their roots at El Rancho Resort and Hunting Lodge on the Big Cimarron.

Once again, they worked alongside of each other, running the lodge and building cabins. Harry was always quick to say, “Joanne’s the best help I’ve ever had! Not to mention…. The cheapest!” You always knew where you would find Joanne, not very far from Harry’s side… but that could mean on the back of a bulldozer, peak of a roof, sitting a saddle, skinning a deer, running the concrete mixer and a host of other things. In 1978 Harry decided to build a Tack Shed on some land just down the road from El Rancho. Joanne brought lunch down one day, and while eating homemade goodness, made a comment to Harry, “If you built a second floor on this place, I’d just move right in.” And so it was… The birth of Little Bighorn Lodge. They took great pride in everything they did, and year after year the repeat hunters became family. So much so, that several moved on out to God’s Country. It wasn’t just the hunting that kept them coming back. Every woman knows that the way to a man’s heart is through his stomach, and Joanne and Dolly could sure put on a feed. She loved to cook and spend time with her sister it showed on the faces of the hunters.

The Hunting Lodge gifted a wealth of “Remember that one time’s” to a lot of folks. And those good times carried on long after Harry and Joanne retired, leaving the lodge in the care of their son Harry Jr. Another move was in store, but they didn‘t move far. They built another cabin just a stone throw away and a second in Montrose where they wintered.

God wasn’t finished with her yet…. And she wasn’t finished living. Joanne had many adventures with her friends and family right up until her passing. From Skydiving, Jeep touring, hiking, fishing, hunting, trapping, movie nights with her grandkids, to her favorite past-time, shopping. Joanne was a diehard Bronco fan and her family knew, “If they weren’t present to help her root them on- Don’t call until after the game!” Joanne’s other interests included her love of flowers and anything that sparkled, visiting with friends and family, attending church, spending time in the great outdoors, and gardening.

Joanne held her family and friends in deep regard. Love had a special value on it…. Our mom never met a stranger and everyone was a friend. She had many close friends which she talked about often. And she had a way about her…. She was a best friend to many with no expectation in return.