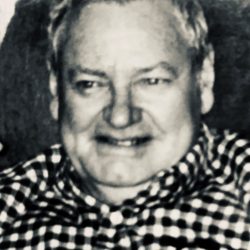 In lieu of flowers, please donate to the prevention and cure of Juvenile Diabetes.

Jesse Charles Linsacum passed away at his home of natural causes. He was 88. Jesse was born on March 11, 1931 to Etta (Summers) and Kenneth Linsacum in Scott City Kansas. His family moved to Montrose when he was young. He grew up in Montrose and graduated from Montrose High. He made Montrose his home where he met the woman that he loved and spent the rest of his life with Katherine (Suppes). They were married for 68 years. That Union brought five Children into their lives. Linda (Bill) Fluke, Steven (Ilene) Linsacum, Phoenix AZ; Gary (Shawn) Linsacum, Grand Jct. CO, Ron (JNL) Linsacum, Craig CO and Janice (Rob) Rottinghaus of Olathe CO.

He enlisted in the Marine Corps and served as an MP stateside during the Korean conflict. He later became a lineman for Western Colorado Power where he retired as an Operations Mgr. from what is now Delta Montrose Electric Assoc. at the age of 62 after 42 yrs. He was very proud of his career.

Jess was the last of that original family from Kansas. He was preceded in Death by his Parents, his oldest daughter Linda, a sister Jeannetta (Bob) Ruegg, brothers, Marion (Wanda), Raymond (Bettie), Richard “Dean” (Dorothy) and a baby grandson, Timothy.

He is survived by his remaining children along with his grandchildren, Kody (Aynsley), Daniel (Trista), Kori (Tony) Hernandez, Tanner (Brittney), Tyler (Cortney), Ryan (Dondi), Travis (Sara) and not at all least Matt.

Jesse also has 15 great grandchildren with a new one on the way.

Our Father was a simple man, it didn’t take much to please him throughout his life, family, travel, a little fishing and puttering around the house was all it took. Please remember him in your prayers and for his Linsacum smile. A memorial service will be held at 10:00 a.m. on Friday, November 15, 2019 at Crippin Funeral Home.

In lieu of flowers, please donate to the prevention and cure of Juvenile Diabetes.