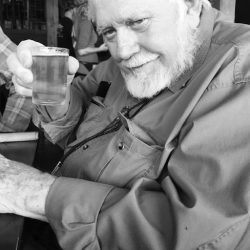 A service will be held at the Veteran’s Memorial Cemetery of Western Colorado in Grand Junction at a later date.

Jerry Dean Tucker, beloved husband, father, and friend to many, passed peacefully on Monday, March 16, 2020 at the age of 89.

A service will be held at the Veteran’s Memorial Cemetery of Western Colorado in Grand Junction at a later date.

Jerry was born on December 14, 1930 to Harold and Minnie Tucker in Gordon, Nebraska.

He was married on September 10, 1955 to Anna May Prime, the love of his life. Together, they lived in Grant, Boulder, Estes Park, Durango, and Lakewood before moving to Delta in 1993.

Jerry was in the Air Force, managed country clubs, and spent many years working for the US Geological Survey. He was an avid reader, gun enthusiast, rock collector, and inventor. He will be remembered for his ability to fix anything and his storytelling.

Jerry is survived by his wife of 64 years, Anna Tucker of Delta; children, Wyatt Tucker of Northglenn and Jeri Miller and spouse Steven Miller of Montrose; five grandchildren; seven great-grandchildren; and numerous nieces and nephews. He was preceded in death by his parents and grandson.