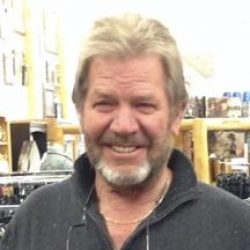 A memorial service will take place on Saturday May 11th at 1pm at the Crippin Chapel.  Please feel free to wear casual attire.

Jack Wesley Childs was born in St. Louis, MO on 11/3/1936. And passed away by suicide on 04/30/2019 at Dallas Divide Mile Marker 13.  He was the son of Earl G. Childs. Sr and Frances Childs.   Jack was a Home Inspector and a resident of Montrose and Hotchkiss.  His family resided in St. Louis, MO until relocating to Miami, Fl.  Jack was a HS football star and joined the Navy right out of HS, one of few men chosen to be a submariner aboard the U.S.S. Quillback SS 424, Diesel submarine in Key West FL as an IC E5.  His submarine gathered intel from the Soviets during the Cold War.  During his military career, Jack traveled all over the world.  He was even honored to meet Admiral H.G. Rickover, the father of the modern nuclear submarine.  After his military career, he married and had three daughters and a son; Wanda, Diane, Susan and Jack, Jr.; he later became stepfather to stepdaughter Cara Owens and stepson, Craig Owens.  The Childs family eventually relocated to Colorado, where Jack became a successful general contractor, specializing in residential construction companies in the late 70’s and 80’s in Elbert and Douglas Counties in Colorado.  Jack was a doting father and loved spending time with his children.  He made a mean Pancake!  After his daughters attempted to make Barbie doll boats out of wooden shingles for a fishing trip, which ended up in the loss of all boats and a few Barbie’s, Jack quietly sanded little sailboats complete with masts and sails for the next fishing expedition.  Jack’s children were pleasantly surprised! No Barbie’s lost on that trip!  Jack would later learn to fly airplanes and helicopters.  He was an avid sportsman and had a successful outfitting business in Dolores, Colorado with his second wife, Sondra.  Jack spent his golden years in Montrose, CO.  Retirement was not for him and he had a successful business as a home inspector.  Jack had a passionate love for dogs, especially Yorkies and little mutts.  He loved woodworking, camping, spending time with his little dog Coonie and fly fishing.

Jack Childs was a mesmerizing story teller.  He could turn an everyday event into a captivating story, animating every character’s role, describing details that might have otherwise been left out by any other narrator.  He acted out the character in his entertaining anecdotes using his rich baritone voice, letting the volume rise or fall with the emotion of character.  He even mimicked the facial expressions of his characters.  Many times, they were spot-on impressions of people we knew in real life, which made the stories even funnier.  He really was a gifted performer.  Jack was a very generous man; he always gave to those who were less fortunate than he.

Crippin Funeral Home 970-249-2121 is in charge of arrangements, cremation has taken place.  A memorial service will take place on Saturday May 11th at 1pm at the Crippin Chapel.  Please feel free to wear casual attire.