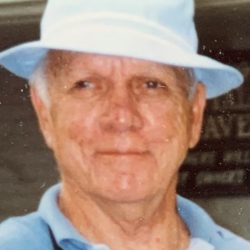 Enjoyed photography and welcomed any challenge.

Born September 15th, 1925 in Perrysville Indiana, he was the son of Otis and Bessie Dunivan, he had five brothers and two sisters, Robert, Russell, Roland, Ernie, James, Elanor and Merna.

Jack grew up in Perrysville Indiana and moved to NW Indiana with his family as a teenager to work in the steel industry, he built tanks during WW2 and became an electrician while working at Inland Steel.

He was married on July 5th, 1947 to Doris Martin and they lived in Illinois and Indiana before moving to Montrose Colorado in 2004. Doris passed away in 2018.

Jack was a proud member of the Masons, represented the Shriners over the years and retired from the IBEW in 1987 where he was a project manager, estimator, an electrical engineer and became VP of an electrical corporation located in NW Indiana. Early in his electrical career he also taught incoming electrical apprentices at the JATC in Hammond Indiana.

He hunted and fished all over the US and Canada, enjoyed photography and welcomed any challenge.

The Dunivan family would like to extend their thanks to the VOA Homestead where Jack and Doris lived for several years and thank the staff who looked after them with great care. We would also like to thank Montrose Memorial Hospital and Hope West for their loving attention during his last days of his life.