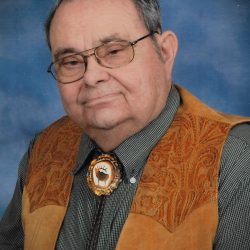 A memorial service will be held at 11:00 am, Saturday, December 4, 2021 at First Presbyterian Church, 1840 E Niagara Road, Montrose, Colorado.  Memorial contributions can be made to Caregiver Support Foundation through its website: Family-Caregiver.org.

Glen Alan Hinshaw passed away November 12, 2012 at his home in Montrose, Colorado. He was eighty. Born August 11, 1941 to Leslie and Birdean Leggett Hinshaw, Glen grew up in North Denver graduating from North High School in 1959. In 1963, he graduated from Colorado State University with a Bachelor of Science degree in wildlife management.

Glen was a dedicated steward of Colorado’s wildlife, living his boyhood dream to be a wildlife officer. His exciting and fulfilling career with the Colorado Game & Fish Department, which became the Colorado Division of Wildlife, spanned thirty-four years. He started as the wildlife officer in the Cortez district for several years before moving to Creede in 1966.  In 1988 he moved to Montrose to be part of the information and education department and retired in 1997 as the DOW’s Education Coordinator for Western Colorado.

He played a role in the protection of wildlife and wild places in the Upper Rio Grande. The list is long, but includes projects like the establishment of the Weminuche and La Garita Wilderness areas and the reintroduction of bighorn sheep and moose in southwest Colorado. He worked with the public, landowners, and state leaders on numerous projects with the goal being to improve the quality of fishing and hunting in the upper Rio Grande. Throughout his career he kept the public informed through radio programs, newspaper articles, and educational presentations and was often involved in public-sector problem-solving meetings. He was at home patrolling the Upper Rio Grande and the San Juan mountains on horseback, by pickup, snowmobile, cross country skis, snowshoes, kayak, and walked many miles, hiking through one of the most isolated and rugged mountain areas in Colorado. He recounted to listeners about his many adventures, the thousands of wonderful people he met, a handful of nameless sore-heads, as well as some harrowing encounters with dangerous criminals.

During his career Glen received recognition for his contributions to wildlife with awards such as Shikar Safari’s Wildlife Officer of the Year (1968), Colorado Trout Unlimited’s Conservationist of the Year (1985), and The Colorado Alliance for Environmental Education’s Enos Mills Lifetime Achievement Award for Environmental Education (1997) as well as The Daughters of the American Revolution’s Conservationist award (1997).

In addition to his career, Glen was active in community and school affairs having roles with the Mineral County School Improvement Committee, Boy Scouts of America, was a substitute teacher at the high school, a wrestling coach, instructed many people in firearm safety, and was a mentor through the Montrose Partner’s program. Glen married Beth Short in 1963 and they had two children. They divorced and he married Carol Kelton, who died in 2017 after battling dementia for sixteen years.

Glen’s career and family experiences opened the door to the world of writing.  He authored Crusaders for Wildlife, which was published as a second edition in 2018.  He published his wildlife autobiography, Echoes from the Mountains- The Life and Adventures of a Colorado Wildlife Officer in 2012 and an autobiographical account of his caregiving experience entitled Caregiver: My Tempestuous Journey in 2015.  His caregiving experiences led to his involvement with the Region 10 Advisory Council and the ADRC (Agency on Aging and Disability Resources for Colorado), the creation of support groups and coaching for caregivers. This in turn led to the publication of a fourth book, Caregiving- Journey to a New Horizon, co-written with E Laird Landon in 2020. Shortly before his death, Glen and Laird formed the Caregiver Support Foundation a non-profit group organized to provide support for caregivers in their journey.

Glen was a Christian since he was a boy and endeavored to serve his Lord throughout his life. He was a leader in the many congregations he attended over the years.  He served terms as president of the Intervarsity chapter at CSU, was an associate staff pastor for the Young Life chapter at Adams State College, an advisor to Young Life’s Wilderness Ranch on Crooked Creek as well as to Young Life’s Montrose Chapter. He was always willing to lead home groups and Bible studies. He served at various times as deacon and elder, and even delivered an occasional sermon from the pulpit.

Glen’s hobbies included photography and four-wheeling.  He loved to share his high-country experiences and in his later years took many friends ‘jeeping’ in the high country of southwestern Colorado.

Glen is survived by his children and step children, Lois, Ralph (AJ), Mark (Susan), and Elaine (Kevin); his grandchildren and step-grandchildren, Anthony, Katie, Donald, Erin, Nathan, Michelle, Casey and Kirsten, a great-granddaughter, Addy, his sister, Arlene, nephews, David and Stephen, and niece, Gail, as well as his favorite friend, Dianne and lots of cousins and great friends.  He could talk to anyone at any time about anything and he loved to do so. He seemed to always have a story to tell. His outgoing nature and fun-loving sense of humor garnered him innumerable friends and acquaintances. Known by many and liked by most, he will be missed tremendously.

A memorial service will be held at 11:00 am, Saturday, December 4, 2021 at First Presbyterian Church, 1840 E Niagara Road, Montrose, Colorado.  Memorial contributions can be made to Caregiver Support Foundation through its website: Family-Caregiver.org.