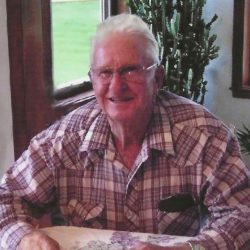 An open house Celebration of Life for Gene will be held January 12, 2020 from 2 – 4 p.m. at the Montrose Event Center, 648 South First Street, Montrose Colorado.

Gene Stone passed away in Montrose on January 2, 2020.  He was born July 23, 1925 to Harry and Blanche Stone in Palisade. Colorado.  Gene was one of eight children in the family including five sisters Alberta (Hamblin), Betty (Newberry), Dorothy (Weber), Evelyn (Frank), Edna (Barnard) and two brothers Robert Stone, and Kenny Stone.  He was also an adopted member of his Uncle Tootie’s family of Tootie, Kate, and Joe Williams.

Gene worked part of his adult life as a mechanic for Cliff Lacefield of Montrose and later Pete Hergenrader at South Side Salvage.   The next phase of his life was spent working with the Colorado State Department of Agriculture as a predator control officer.    As Gene loved the outdoors and chasing coyotes, this was a job he thoroughly enjoyed and worked at for 20 years before retiring.   He appreciated being in the outdoors, working with the stockmen of the valley and they felt he was one of the best trappers they had ever worked with.   He particularly enjoyed visiting and staying with the sheepherders in their camps.   It was a dream job for him.

After retiring he became a cattleman for many years running his cows and working with Jack and Karen Perrin on their ranch in Cimarron, Colorado.   He drove to Cimarron almost every day for coffee and to irrigate.  Oh yes, and to keep the coyote population down between Montrose and Cimarron.  He also continued his lifetime passion of trapping, helping many people with predator problems.  In his later years he would get together with a very special group of friends for coffee every morning at 5 A.M.   This continued for 30 years.

An open house Celebration of Life for Gene will be held January 12, 2020 from 2 – 4 p.m. at the Montrose Event Center, 648 South First Street, Montrose Colorado. 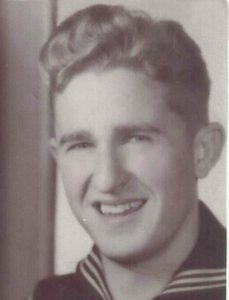