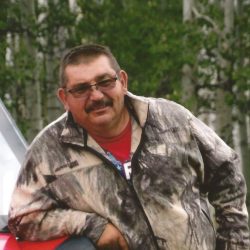 Frank was born in Leadville, Colorado, he grew up in and around the Leadville and Montrose area. He graduated from Olathe High School in 1975 going on to graduate from a trade school for auto body technician. He spent 30 years in the auto body industry. Later he went to become a correctional officer for the department of corrections for the next 15 years.

In 1985 Frank married Mary E. Keys. They were married for 21 years and had four children together. Frank lost his first two children (his twins) due to premature birth. Later on, Frank lost Mary in her battle with cancer in 2007. In 2011 he married Lisa E. Mahan who increased their family with 2 more children.

Frank was an avid outdoorsman. He enjoyed fishing, hunting, and camping with family and friends. He also had a love for music and enjoyed playing his guitar. Frank was a loving father, husband, and brother with a huge heart for giving back to others. Family was the center of his world aside from God whom he loved and always put first.