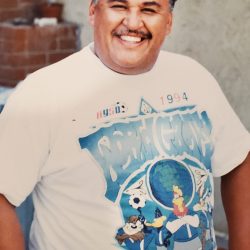 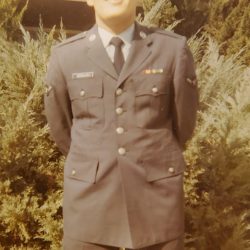 He will be missed by all those who knew him for his infectious personality, kind heart, and wise cracks.

Ernest “Ernie” Arebalos, of Montrose, Colorado, passed away on Friday, March 12, 2021 in Denver, Colorado surrounded by his loving wife and son.

Ernie was born February 11, 1950 in San Bernardino, California to John V and Irene H Arebalos and spent his early life in San Fernando, CA. After winning the 1967 city championship with his football team at San Fernando High, Ernie enlisted and proudly served as an aircraft mechanic for the United States Air Force, earning the rank of Sergeant. Fulfilling his passion for travel, he was stationed in Okinawa, Washington, Alaska and throughout Southeast Asia. After receiving an honorable discharge, serving from 1969 to 1973, Ernie married Laura Yatsko, his high school sweetheart, on February 9, 1974. They had two children, Kristen Cynthia and Jonathan David.

Ernie spent his life seeking trills, adventure, and laughter. Ernie settled into his work career as a bartender at the infamous Magic Castle and then working as a construction laborer. With his quick learning skill set, he worked his way up to a Senior Project Manager position. Ernie enjoyed playing racquetball, chess, hiking, and both mountain and road biking. He would often take trips to Baja California where he would race in the Rosarito to Ensenada Bike Ride.

Next to being a loving husband and best friend to his wife ‘Lolly’, one of Ernie’s proudest accomplishments were his two children. From coaching both Kristen and Jonathan in soccer, attending every father/daughter high school dance with Kristen (where he got to show off such moves as the Mashed Potato and Watusi) or white water rafting with Jonathan, Ernie loved his kids. There was never a time he was ever too busy for them. He truly mastered the art being a husband, father, coach, and best friend.

Ernie spent his last years of life playing chess, mentoring for the youth Partners program in Montrose, enjoying the beautiful mountains of Colorado and keeping all around him in laughter.

Ernie loved life. He loved adventure. He loved his dogs. Mostly, he loved his family. He will be missed by all those who knew him for his infectious personality, kind heart, and wise cracks.

Ernie’s wish is that in lieu of flowers, please make all donations for the Wounded Warrior Project.