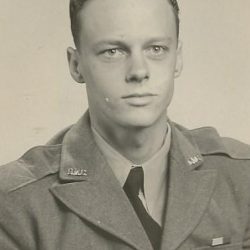 Donald Ray Gibbs, age 82, passed away in the comforts of his home, with his devoted family surrounding him on Friday, February 16, 2018. Don was born February 27, 1937 in Gordon, Georgia to Robert Franklin and Alma Estelle (Hardie) Gibbs. Don grew up in Gordon, GA and graduated from the Georgia Military College. Don worked hard his whole life in banking, real estate, and residential construction, and cabinet making. Don was highly interested in flying as a private pilot, woodworking, model trains, and his pets. However, his main love was his wife Phebe and their family.
Don is survived his son Virgil Gibbs; daughters, Susan Albritton, Jennifer Lee Gibbs, Allison Westbrook; 11 Grandchildren; and Seven Great-Grandchildren. Don is preceded in death by his loving wife Phebe.
A Graveside Funeral Service will be held at 2:00 p.m. at the Olathe Cemetery on Tuesday, February 20, 2018. Arrangements are under the care of Crippin Funeral Home and Crematory. (970) 249-2121