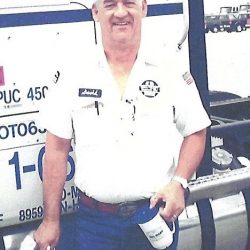 His lord said to him

Services are scheduled for Saturday, July 25, 2020 at 11:00 am at Grace Community Church in Montrose, Co. Crippin Funeral Home is assisting the family.

David McCluskey was born to Jack McCluskey & Marjorie Reed. He grew up in Cortez, CO.

In 1964 he married Betty-Ann Aldrich from Montrose, CO, He is survived by his wife of 56 years, daughter Samantha McCluskey & son-in-law Troy Seal of Grand Junction, CO, son Reed McCluskey & daughter-in-law Bobbie McCluskey of Texas & grandsons Cody McCluskey of Texas & Tyler McCluskey of California, daughter Shannon McCluskey, granddaughter Megan Steidel, and grandson Gordie Steidel from Grand Junction, CO. He has one sister, Dannie McDowell from Oregon. There are many related by blood or chosen who call him David, Uncle, nephew, cousin, dad or friend.

Statistics of lineage, education, dates, activities or jobs may not be the best measure of a life. David’s value is not just wh0 he was during his life, but also through the example he left behind of what it looks like to be a servant = God with skin!

David’s contribution to a life well lived did not begin at birth but at the moment he became a man who LOVED GOD & LOVED OTHERS. It probably was not a moment of clear revelation but rather a journey in touching the lives of many.

He was a man who lived in the moment and became a moment of caring in the lives of others. This included the lives of his family, to whom he was devoted, as well as those who shared a moment or many moments with him. His inclination was to bring caring, happiness or some silliness into the lives of all he met. He had a natural ability to respond to all with respect, a sense of humor and lots of talk. He could talk to a fence post! He never knew a stranger. His Walmart friends gave him the CB handle “Senator” because he never ran short of words, He was seldom without something funny, kind or wise to say,

David was wise enough to embrace the present while recognizing how trials of the moment could lead to the wisdom of the future. He could turn a life failure into an opportunity to grow. He learned from his mistakes.

He was born with a type of nerve deafness and this diminished hearing provided intuitive acceptance of others as is & not by what some might think they should be. He never felt he knew what was best for others. With wisdom he encouraged others to think for themselves and then embrace the success or learning of their choices. He was seldom angry, depressed, scared or without hope. He had a natural ability to respond to everyone with respect and a sense of humor, David faced the adversity of Alzheimer’s not with fear but with trust in those who cared for him and an amazing sense of humor about the side effects of this disease.

Whether or not they know it, David’s family carry within their cultural genes the seeds of a true servant and the blessings of such a life. His love for God was quiet and personal. His love for God was demonstrated daily by his servant heart to all God’s children and by supporting those in his life who also were “God with skin”

He was respectful, kind, loving and a lifelong learner. He was a servant. To honor him is to rejoice in his life of service that he gave so willingly.

His lord said to him

Services are scheduled for Saturday, July 25, 2020 at 10:00 am at Grace Community Church in Montrose, Co. Crippin Funeral Home is assisting the family.