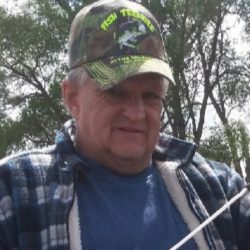 Fishing with his “fishing buddies” and being a grandfather to his grandson “my little buddy” was among his favorites.

Corky was born in French Camp, California to Grace Mildred Gaines. Grace later married Allen Elmer McNeer who adopted and helped raised Corky. He lived in California and northern Idaho until the family moved to Montrose where his dad was raised and had family in 1970.

Corky attended grade school thru high school. He then attended the Job Corps in Collbran Colorado where he earned his GED, and a degree in maintenance.

Corky worked for various lumber companies over the years and then began working general maintenance for companies.

Corky enjoyed and took great pride in woodworking and doing small projects for people. Corky was the type of person that was always willing to lend a helping hand to anyone he could.

Corky had many hobbies that he loved. Fishing with his “fishing buddies” and being a grandfather to his grandson “my little buddy” was among his favorites.

He met his first wife and had a daughter Mellisa. Later he met Iris Head and they were married February 14 1989. Iris had a son Michael that Corky helped raise as his own, they were also blessed with another son Matthew. Corky and Iris had just celebrated their 31st anniversary on Valentine’s day and as Iris describes Corky  “He is my everything, he’s my Rock”.

Corky was preceded in death by his dad Allen Elmer McNeer and his younger brother Allen Dale McNeer. Corky was survived by; his wife Iris McNeer, two sons Michael Head and Matthew McNeer, daughter Mellisa McNeer, mother Grace Fish, sister Sherry Goodhue, brother Larry McNeer. He will be missed by many. A graveside service will be held at 1:00 p.m. on Saturday, March 6, 2021 at Grand View Cemetery, Crippin Funeral Home is assisting the family with arrangements.