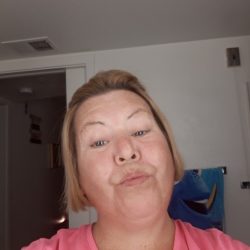 A celebration of Christina’s life will take place on July 18th, 2020 at the Montrose Event Center in Montrose, Colorado.

Christina Dawn Jones passed away peacefully while she slept on Thursday, May 21st, 2020, at her home in Montrose. She was 39 years young.

Ms. Jones was born in Altus, Oklahoma, March. 5th, 1981, to Billy and Deborah Jones (Arellano). Ms. Jones was raised in Gunnison, Colorado with her 4 siblings where she attended school before moving to Delta/Montrose approximately 10 years ago.

Christina lived in Montrose with her pet Guinea Pig “Marijah Anne”, whom she cared for and loved as her own. Christina enjoyed listening to music and spending time with her family. Christina was known for putting a smile on many faces throughout the community and had a positive impact on everyone she encountered.

She was preceded in death by her mother, Deborah Jones in 2000; her father Billy Wayne Jones in 2015; uncle Robert Jones; and her grandparents, Monroe and Imogene Jones.

Crippin Funeral Home and Crematory in Montrose is handling the arrangements.

A celebration of Christina’s life will take place on July 18th, 2020 at the Montrose Event Center in Montrose, Colorado.