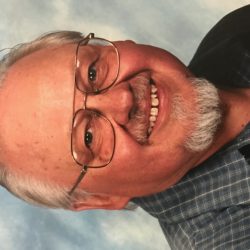 A celebration of life will be held at United Church of the San Juans in Ridgway at 11:00 a.m. on Friday, December 7th. A second service will take place in July 2019 with a celebration of life, open-invitation, jam session in the Montrose area.

Bruce Lawrence Kelly went to be with his Lord on November 29th at Valley Manor Care Center, after a battle with cancer.

He was born on October 22, 1935 in Kewanee, IL to Harry and Helen (Rapp) Kelly and grew up in Cambridge, IL. His childhood was punctuated by frequent trips from the flatlands of Illinois to the mountains of Colorado, a premonition of a later chapter in his life. After high school graduation, he served for two years in the United States Army as a Chaplain’s Assistant, also touring with the Fourth Army Variety Show as a guitarist and vocalist. His friends and family were treated to a lifetime of stories about these musical tours as a folk singer and entertainer, and many of the musical legends he met and performed with. After his service to his country, he received his bachelors and master’s degrees in education from Illinois State University, and taught woodworking for 33 years at Maine East High School in suburban Chicago. While he enjoyed his career as an educator, by far the highlight of his time at Maine East came in the fall of 1962 when he met the love of his life in the teacher’s lunch room. On April 6, 1963 he married Barbara (Thursby) in Palmyra, IL, and they enjoyed 55 wonderful years of marriage, raising three sons, Michael (m. Shareen) of Philadelphia, Craig (m. Raquel) of New Orleans, and Brian of Fort Collins.

After retiring from teaching in 1994, he and Barbara moved to Ouray, CO, where they lived for 18 years before moving to Montrose, CO in 2012. It was during these 24 years he embarked on a much-anticipated second career as a bluegrass, folk and gospel performer, leading the Dallas Divide Bluegrass Band. For twenty years, audiences throughout the Western Slope were treated to his warm, humorous and engaging stage presence, his mellifluous baritone voice (a.k.a. “The San Juan Mountain Balladeer”) and, during audience request portions of shows, his legendary on-the-spot recall of lyrics to songs he had not even heard for a half a century. And when he stumbled on a lyric or two, he used the gift of fake-it to convince the audience he knew every word. Bluegrass festivals with Barbara, and their accompanying jam sessions were a delight, as was jamming with his friends, sons and grandchildren.

He is survived by his dear wife Barbara, their three sons and four grandchildren, Matthew, Joel, Leah and Leanna. He was preceded in death by his parents, a sister Betty and a brother Robert. A celebration of life will be held at United Church of the San Juans in Ridgway at 11:00 a.m. on Friday, December 7th. A second service will take place in July 2019 with a celebration of life, open-invitation, jam session in the Montrose area.