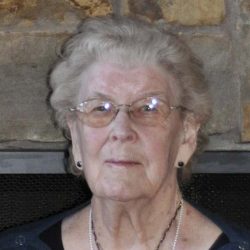 Her southern expressions and witticisms came to be known to family and friends as “Pritchettisms” and will endure for generations.

Depending on COVID-19, the family plans to have a memorial service in Ridgecrest next spring or fall.

Betty Joann Pritchett, 90, longtime resident of Ridgecrest, California, passed away after a brief illness on December 22, 2020, at the home of her son and daughter-in-law, Harry and Janet Pritchett, in Ridgway, Colorado.

Joann was born in Ardmore, Alabama, on November 28, 1930, to W. Tilmon and Estelle Locke.  She grew up in Columbia, Tennessee, and graduated from Central High School.  While working in Nashville, on a blind date she met her future husband, Wilbur “Charlie” Pritchett, who was stationed at Sewart Air Force Base in Smyrna, Tennessee.  Charlie and Joann were married in Tuscon, Arizona, on February 14, 1952.

While Charlie was employed at Davis-Monthan AFB in Tucson and Norton AFB in San Bernardino, CA, they had five children in less than four years (including twins). The family moved to Ridgecrest in 1959. Joann stayed home to raise the kids until they reached high school age and then went to work at China Lake Naval Weapons Center in various departments where she enjoyed her work and made lifelong friends.   Those who knew her would agree that her understated sense of humor and wit defined her and endeared her to all.  Her southern expressions and witticisms came to be known to family and friends as “Pritchettisms” and will endure for generations.

Joann was a longtime volunteer with the Pink Ladies at Ridgecrest Community Hospital, enjoyed her Tai Chi classes, and volunteered in a literacy program. She was also a wonderful cook and seamstress.

Depending on COVID-19, the family plans to have a memorial service in Ridgecrest next spring or fall.

Mom, we love you. You done good.